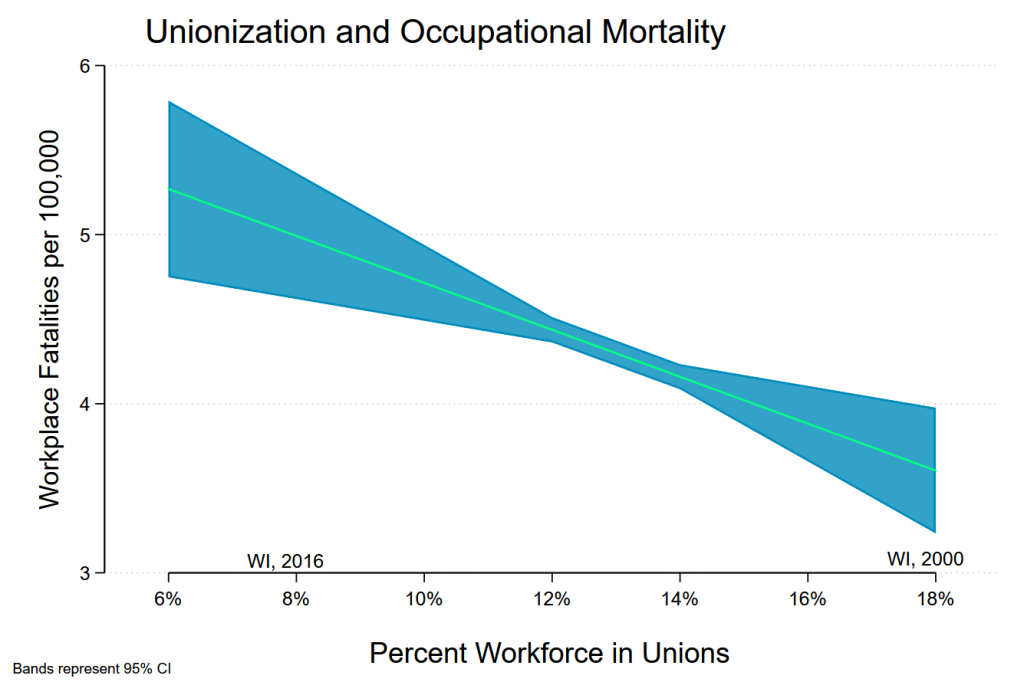 Happily, my paper “Does ‘right to work’ imperil the right to health? The effect of labour unions on workplace fatalities” is attracting a lot of attention, which makes me feel good as an academic who cares at least a little about producing things that others find valuable (we will see how the sheriff stuff is received, once it’s finally done, though it seems like there’s something both quaint and gripping about them!). Although I wrote that short article in August 2017 — and had really no sense of the Janus case at that time — it’s really seemed to have caught the moment. It helps that there’s yet a non-trivial, vested constituency in organized labor that finds something useful, or reassuring, in these results. Anyway, in response to a journalist query about, essentially, what “14.1%” (the coefficient of the reduced form regression of the RTW variable) means exactly,  I wrote something like this: 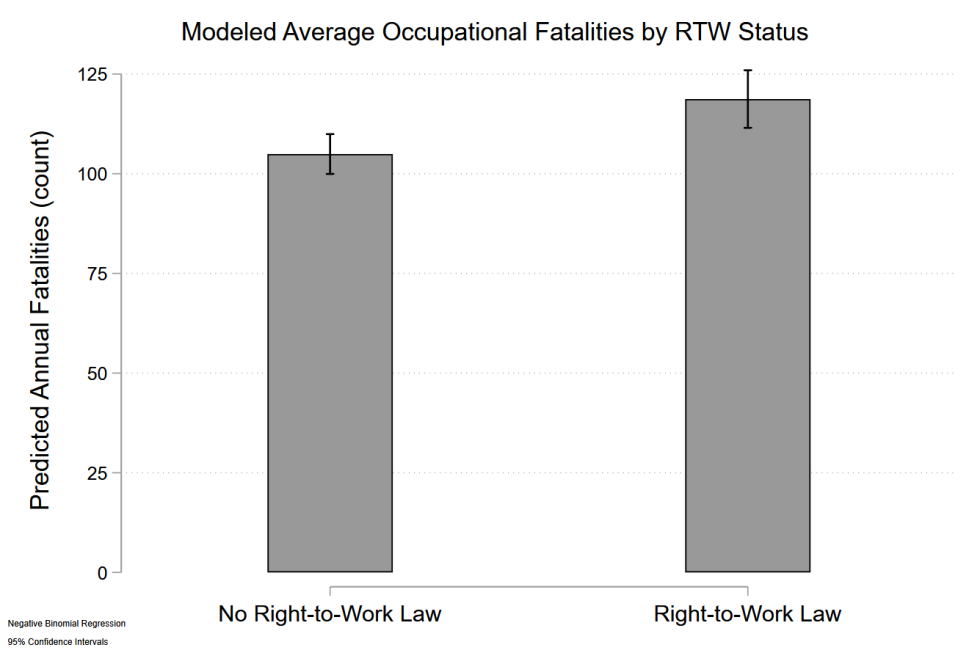 There were 138,736 total deaths on the job in the 50 states over 1992-2016 recorded in the Census of Fatal Occupational Injuries. Using a negative binomial regression (with the same predictors as the “reduced form” regression in the paper, but with the number of workers as an offset variable and the state/annual count of workplace deaths as the dependent variable) to model the incidence of occupational deaths,  the expected count of occupational deaths in a state during this time-period is about 118.7 in a right to work state and about 104.9 in an otherwise similar state without RTW (figure above; Stata margins command with coefplot for figure). Reassuringly, this 13.1% increase in RTW states in the negative binomial model is essentially the same result as in the “reduced form” model in the paper (about a 14% increase in RTW states relative to others). The Incident Rate Ratio on the right-to-work coefficient is also  1.1314 — which makes sense, as that is the ratio of the predicted values!

Over this same 1992-2016 period, 529 state-year dyads had right to work legislation (721 did not). Therefore, the model-implied count of occupational fatalities attributable to RTW  (assuming no confounders) is (118.7-104.9)*529 or about 7,300.That is, if no states had RTW over these years, the model implied counterfactual is that about 131,436 occupational deaths would have occurred instead of the observed 138,736 occupational deaths.

Semi-related: Using the original (non-logged) rate of fatalities, here’s a predicted effects plot of occupational fatality rate at different levels of unionization; I shared this on Twitter previously. This was used with an OLS model containing all the parameters of model 3 in the paper (or replication code), but with the non-logged dv (in the replication code labeled “robustness check using original unscaled variable”). This shows how the actual, observed decreases in unionization rates we’ve seen in states like Wisconsin in recent years may translate into meaningful increases in occupational mortality. 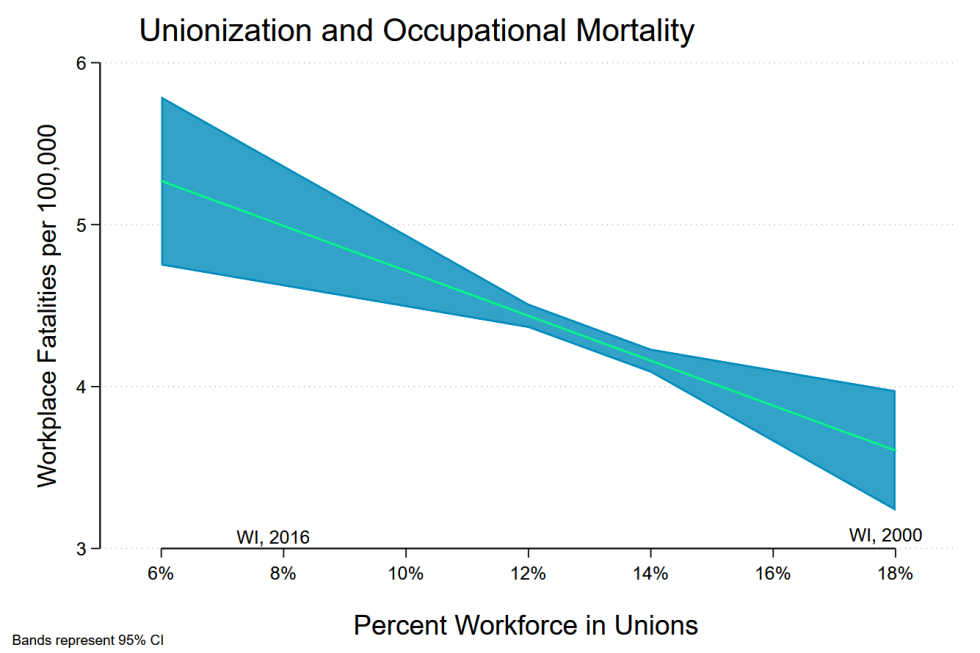